Miyuki Round Rocailles 11/0 Opaque Metallic Matte Seed Beads: Miyuki Opaque Metallic Matte seed beads come with a metallic outer finish which is (Non-Dyed & Non-Galvanized). They have also been treated to give them a matte finish. All of our opaque metallic matte seed beads will have an “Op” or “Opaque” and “Met” or “Metallic” along with “Mt” or “Matte” in the description for easy identification. 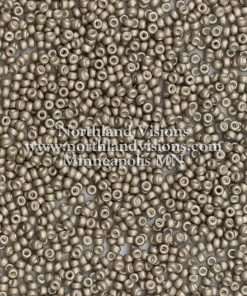